I had a quiet week and i think that’s generally the tone of the month of June. Lots of chilling, relaxing all cool but I have a feeling July will be picking up soon! Unfortunately, my eyes have been failing me and waking up in the morning with red eyes again is making me contemplate getting a permanent solution sorted out.

However, on the positive side of things, the parties i’ve been too have been awesome – including… 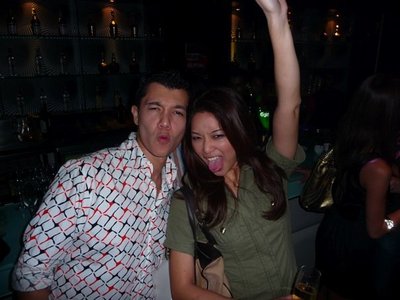 the Grand Opening of Euphoria M.O.S. in Sunway Lagoon – random shot as Will passed by! 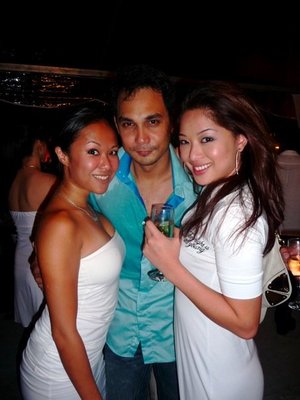 Lot 10’s White Rooftop Party…hosted by YTL -with my darling Alia and Hans. 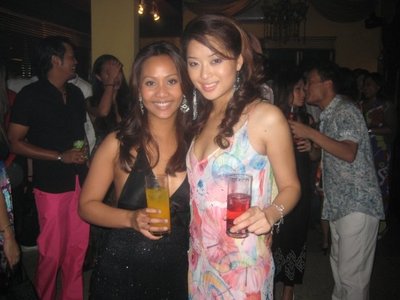 and my darling friends’ Joint June Birthday at Passion Rose yesterday. I walked in there a single woman, and left being married twice with a lover on the side – I was definitely the happy camper. The night carried on till the wee hours of playing ROCKBAND on PS3!

Basically, whoever mattered in KL, was there 🙂

Hopefully today i get to hang out at Carasol – the last time, there was a huge rain and i’m totally up for some chilling by the Tasik Prima in Puchong…but first, Prego @ the Westin!

So basically, what ended up happening in my day was drinking a few glasses of champagne before looking at Blackberries in Pavillion.. even though its not such a bad deal, I think i should get an unlocked Berry shipped from Tdot or Vancity. I went home and passed out, had yet another opp to go and party my socks off at Luna Bar but decided to be good and stay in. MY room is a fucking disaster and all I’ve been doing is webcamming and Skype-ing.

I’ve been allegedly hoarding some men in my closet – but really there’s only one that has actually amounted to a smidge of a possibility. He’s probably the most unlikeliest of candidates at the moment, but one that gives me a sense of mystery and expectation. The dating life in KL has been quite sad actually. I love the nicknames my girls have given them – they pick their favourites and loathe the competitors. I haven’t felt such an exhilarating cat and mouse game in ages.

Been trying to sort out my life as the pitches for new shows are coming my way… hopefully things go well and I won’t have to keep saying no. Still on the fence about getting representation outside of here but who knows what will happen!