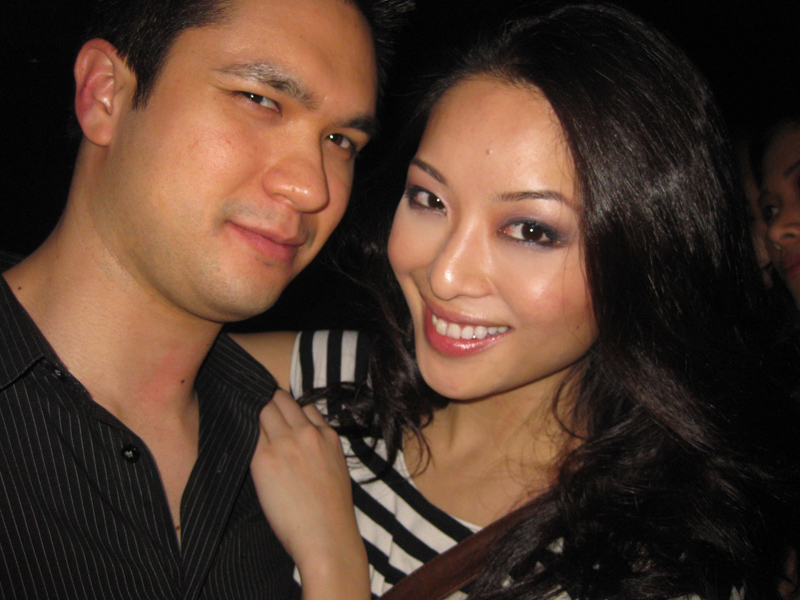 (Relaxing after those classes at Roosevelt with Rich)
So, I haven’t taken the time to write any sort of meaningful entry in a little while and now I’ve got some great stuff to share!! 🙂
I took an intensive course from the VADA Studios with Simon Longmore this entire weekend. HeÂ gave us a rundown of basic acting and encouraged us to learn through relevant material. WeÂ performed exercises alone and then withÂ partners. Finally,Â we were able to tape itÂ and check itÂ on tv with new directions to try the next time. We finished our course with a scene study and performed it with Simon’s coaching.
Although everything he taught wasn’t new to me, it was refreshing to hear words like: “the moment before/after” “be interested, not interesting” and “react”. I think its so important to go back to doing classes and practicing new techniques and new ways to look at a scene. I don’t think actorsÂ should ever stop taking classes.Â I’m very privileged to be able to take good classes out here to hone my skill. I was starting to hit a plateau in Malaysia and there weren’t many opportunities like this. With my hectic schedule, I’m glad I have time for this.
For anyone in Vancouver, I highly recommend Simon as an instructor. He builds your confidence as a working actor and will give good insight as to what people are looking for and how to work well on-camera. Its definitely a usefulÂ class if you’re considering film/television/commercial work. I had an amazing weekend of fun, full of laughs and left with much more knowledge than ever before!
On the flipside, I finally got the guts to walk into Second City Toronto to register for a few improv classes too. Second City’s Alumni include Mike Myers, Martin Short, John Candy and even more notable comedians. As you can tell already, their repetoire and their name are pretty big in the grand scheme of things. Improv is mostly about reacting to the moment- it is unscripted, unplanned and uninhibited! The beauty about improv is that its often quite funny because of all the unexpected turns. Its one of my favourite parts of acting, yet one of the most challenging. I had my first class on Monday and after the 2 hours were up,Â I was begging for more!!!
Improv classes are also a great way to just have a sense of play. Highly recommended for people who don’t really know how to de-stress. Don’t think. Just play! 🙂