A Lunch Date with Sarah Lian 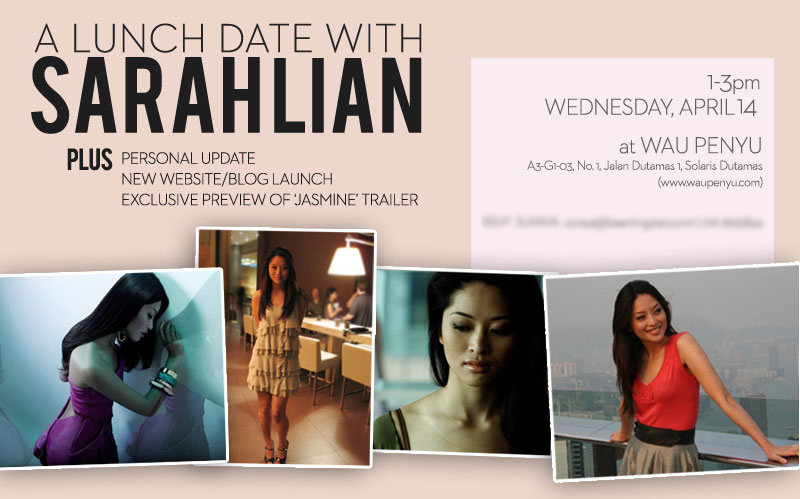 After feeling a little lost about the directions and the decisions I have made in my life, I decided to suck it all in and share it with the 40+ people who attended my lunch event. The truth is that despite having my own doubts about career choices, there are so many things to be grateful for and SUPPORT was definitely #1. Especially from Malaysia.
I threw a lunch at Wau Penyu – a new traditional Terengganu / Kelantan kopitiam that recently opened up in the new hotspot Solaris Dutamas. They were generous enough to let me use its venue for the afternoon and feed my friends on my behalf. They had absolutely delicious Nasi Dagang served for lunch alongside Bubur Sago Jagung for dessert! I’m sure its encouraged people to go back again for their yummy menu too.
I haven’t been in Malaysia that long, but I know that during my time here I have a lot of people to thank, including the producers, production teams, writers, editors, PR companies, network stations, stylists, designers and the list goes on. This was my way to sincerely thank each and every one of them – I think you’ve probably already read my tweets about getting teary and crying (like a goon) as I was giving my speech.
Never would I ever fathom nor imagine the thought that I could achieve fame in such a short period of time. But without the people who have helpedÂ  me carve a career in Malaysia, I don’t think I would have been successful.
So another BIG THANK YOU to everyone whom I’ve worked with (and managed to attend) plus my manager Suraya who helped me make this all happen. Plus Wau Penyu who have graciously lent their afternoon to feed my wonderful support system. The event was a success and media friends even stopped by to cover it!
Thank you for letting my success be your success and thank you for making my dreams a reality.