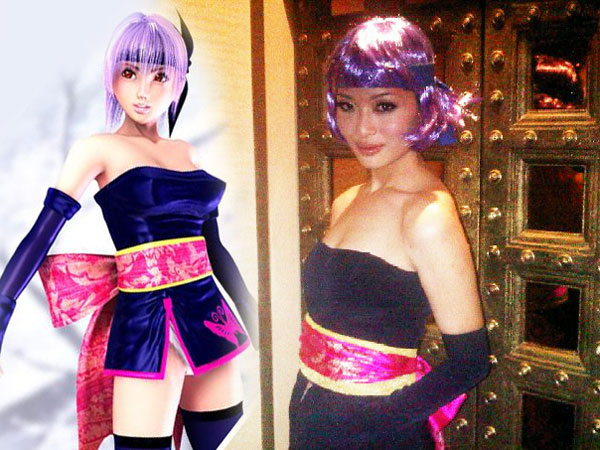 Since I thoroughly enjoyed myself at the last AnD Dead Not Alive party in 2009, I decided another Halloween must be spent in HK. The madness wasn’t as bad this time since the location at Hyde was a side-step away from the hectic-ness in LKF. (Phew!)
I was making an attempt at DoA’s Ayane, I wanted to change it up a little bit. I like doing video game characters, but they’re usually not as recognizable as generic “Alice in Wonderland” or “cat”. However, I know i’d be relatively popular if there was a little more of that Cosplay culture out here. Well, let’s face it, I only plan to dress up and go all out once a year. If you want to see what this year looked like, check it out: here.
My partner-in-crime, Tasha aka Tashie the Football Bimbo hopped around with me from Hyde to the new Republik club. We scoped around before heading into the clubs and found a few interesting costumes. I saw lots of Clark Kents with Superman t-s and a couple Mad Hatters, but these were among our favourite: 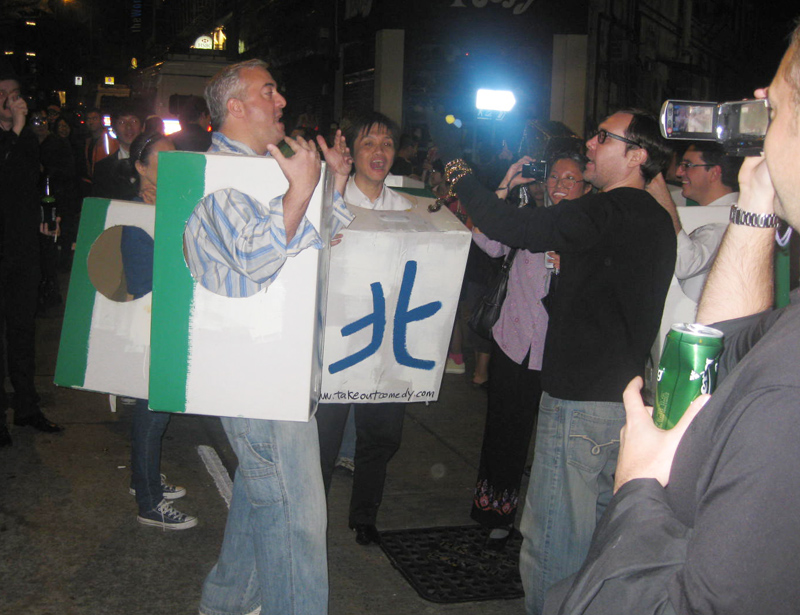 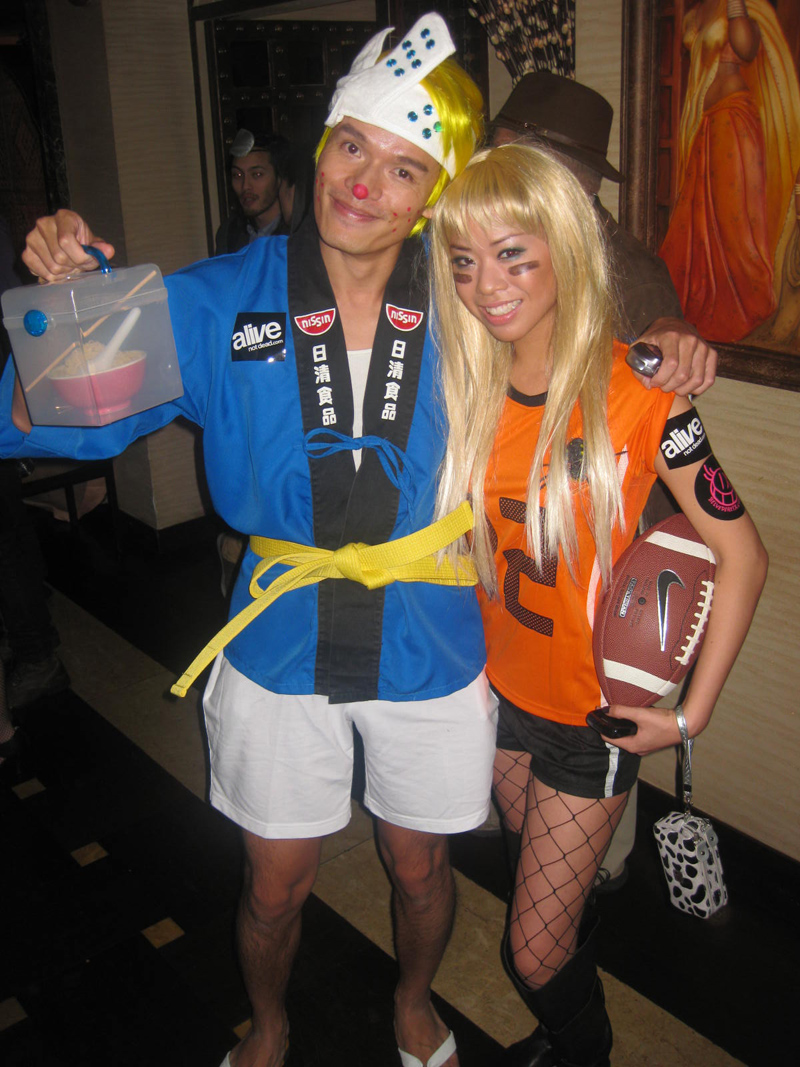 Tasha’s fav: Nissin Boy aka Desmond So who apparently stole his mother’s outfit cuz she was doing Gaga 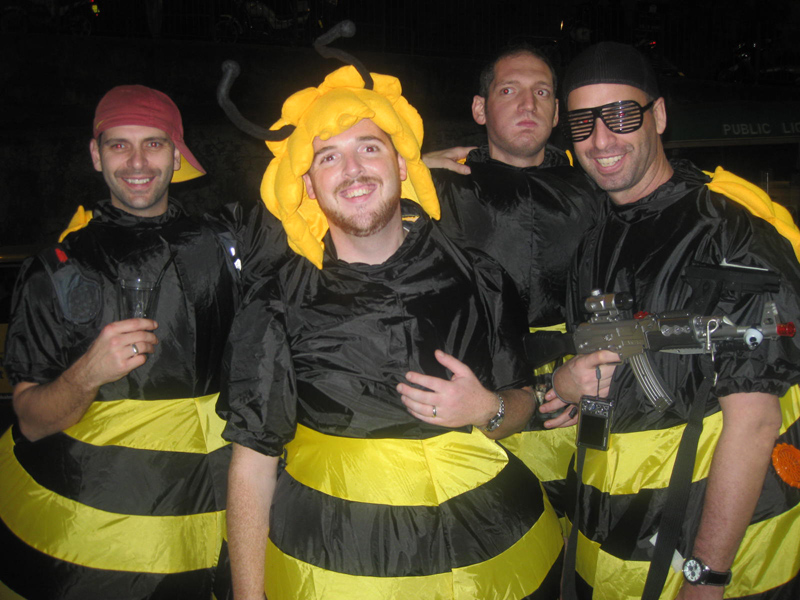 A swarm of bees 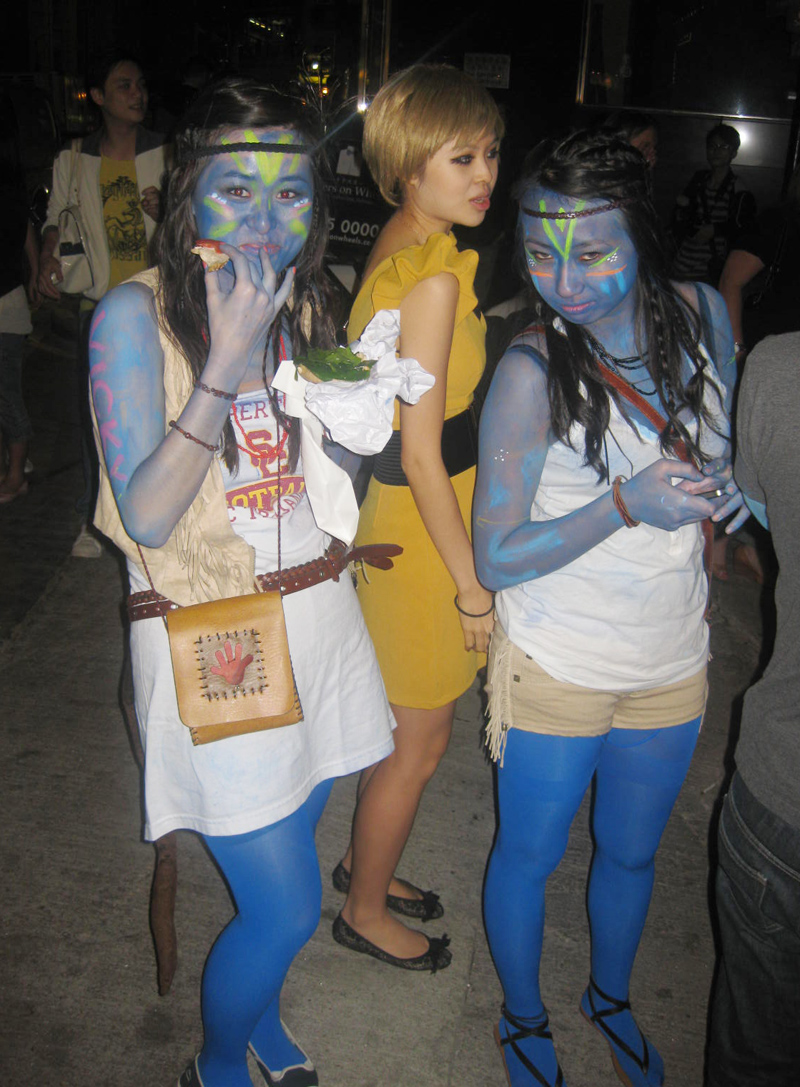 Avatar feeding before the chaos 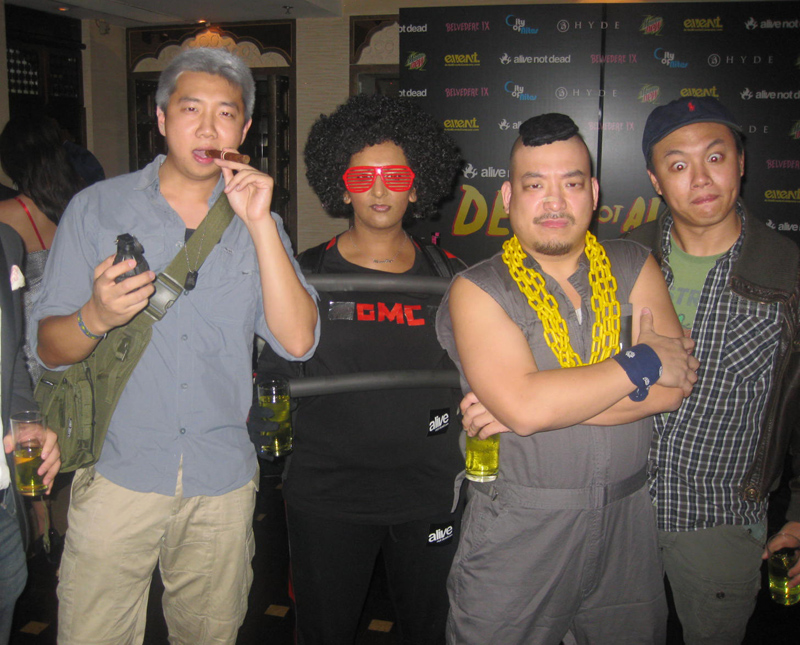 A-Team: the CB Fresh boys and their proud truck 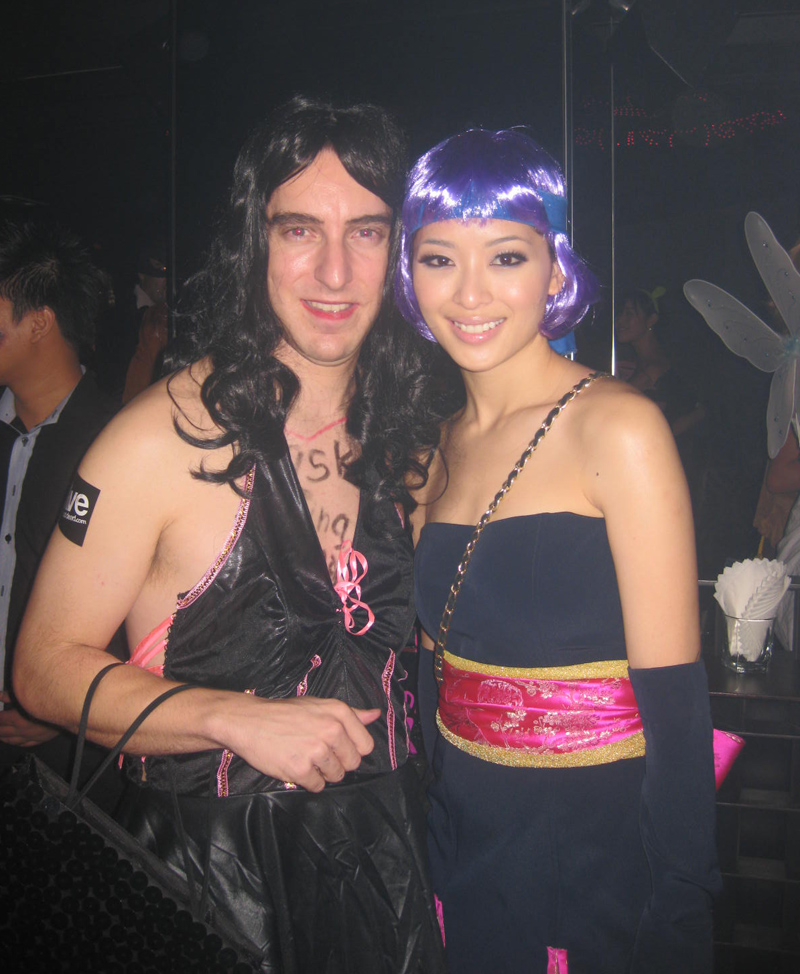 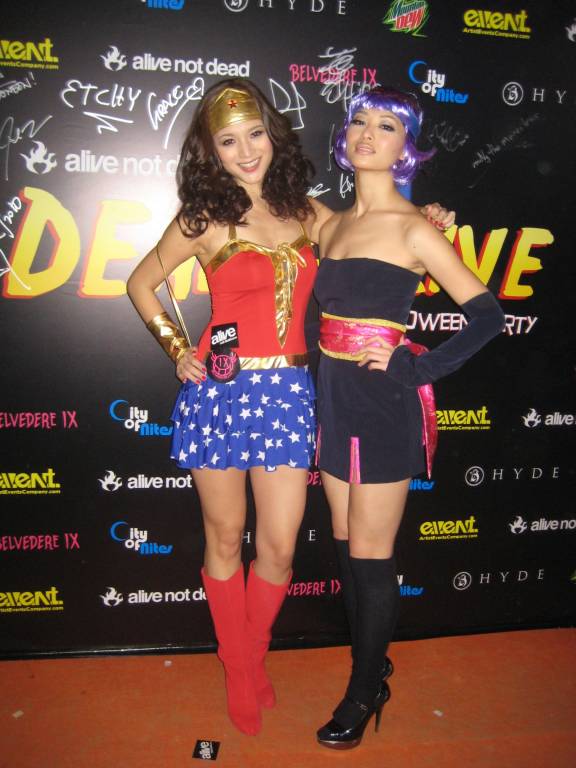 Plus Grace Huang hot in her Wonder Woman outfit – I was considering rocking this superhero, but I figure my Anime theme has been good so far! 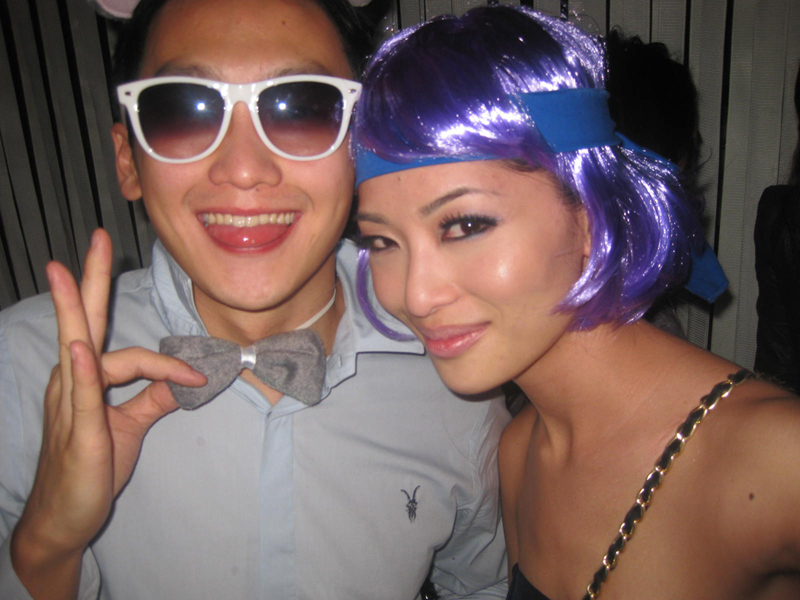 Finishing off the night with my favourite party mouse!
Next year, I’m aiming for the full latex garb!!