I had an eventful weekend spending some time with my friends in Vancouver. I was hanging out with my girlfriend Christine aka McAsshole over the past few days. She’s probably one of the only friends from high school that I still regularly talk to. We def have lots of mutual friends in common, which always makes it easier!Â 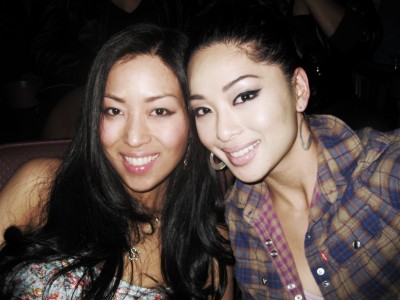 My friend Ben hooked us up with a couple tickets to the concert and we were super stoked and excited! I totally photoshopped this picture bc I was knocking back shots and Hennessy before we arrived at Rogers Arena. I totally felt like I was over dressed compared to the hoochiemamas (i ‘m jealous that I don’t have it in me anymore) and people were smoking weed everywhere! Haha I guess that’s Vancouver for you! 😉 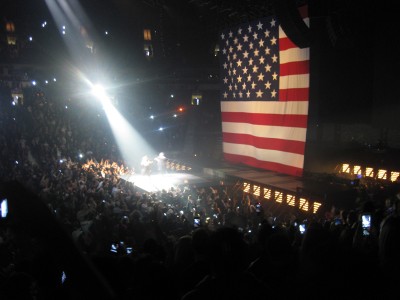 Now back to the concert – there was a 43 song set list with Niggas in Paris playing 5x (supposedly for 20mins). There was no gimmicks nothing crazy, just both Jay-Z and Kanye West doing their thing. No bands, no additional singers, no dancers, just those two. It was amazing tho – the light show, images of ferocious animals and their song titles as each song began.

Kanye and JayZ both sang lot of their hits over the years and it was great cuz I was worried that I wasn’t up to speed or I wouldn’t know all their songs, but thankfully I did!! Since I haven’t been driving, I rarely listen to radio music and the new stuff coming in.

All in all, I had a great time and they are both worth watching. I’ve never been a fan of concerts and I opt for more intimate settings. However, we got pretty good seats and at least now I can say I’ve seen them perform. A new found respect for them and boy oh boy, is Kanye hot!!! (Even in his leather skirt -u might need to google to see how it looks like)