This month has been great for me so far. I auditioned for a couple roles on a film project. After visiting the casting room more than 4x in two weeks, I felt like I was hitting a wall and then suddenly, my agent gave me the best news – I booked a role!
The film, Cybergeddon.

It is one of the first films acquired by Yahoo! and is created by CSI creator Anthony Zuiker.

The online effort, described as a “motion picture event,” will debut in the fall on Yahoo as a series of installments that marks the Internet portal’s latest endeavor in the original scripted content space. Zuiker dubbed Cybergeddon — which will be written by Miles Chapman (The Tomb) — as the latest “evolution” of the crime genre. The drama will explore the growing threat of cyber crimes, with Norton by Symantec attached as an adviser.

Directed by Diego Velasco, the stellar cast includes Olivier Martinez (Unfaithful), Missy Peregrym (Rookie Blue), Aussie-actor Kick Gurry and Manny Montana (Breakout Kings). I have a smaller role in the film as a character named Blue among a few other supporting cast members.
I didn’t want to reveal too much about the project but it has been a great experience so far. Although this is filming predominantly in Toronto, my scene was mostly at Mohawk College in Hamilton. It drew quite a crowd with some of the local media and its always exciting when we’ve got a few more eyes watching this show. I still have another scene to shoot at the end of the month and I’m pumped to see the awesome team again. 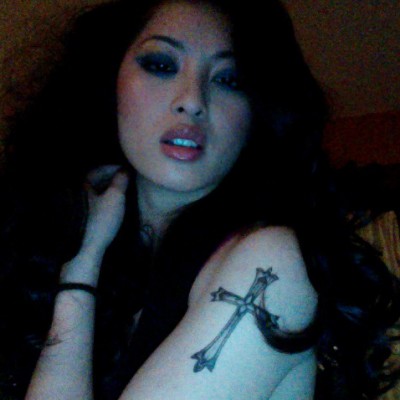 I snapped a pic when I got home after i took off my hair pieces and piercing off but decided to leave my faux tattoo for keeps. Will update more when we’re wrapped! 🙂