I’ve been slated for an appearance on Covert Affairs Season 3. I’m really excited because I get a chance to work with Piper Perabo. My character looks to her in admiration and I guess you could say its like art imitating life / imitating art. I’m thankful that I get these opportunities and being on a new set is always fun because of all the people that you can meet. 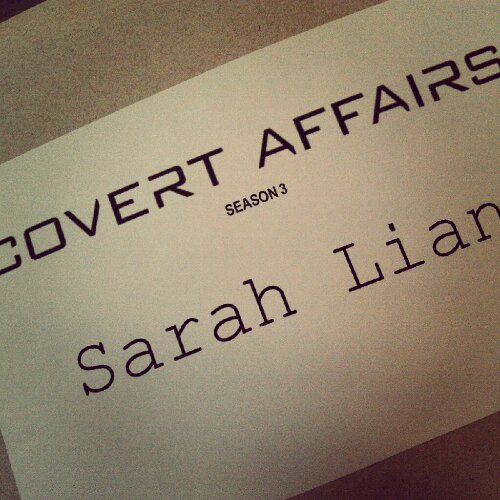 In this industry I really get a chance to meet a wide range of people and its hard trying to remember people’s faces, especially crew. I hate to sideline them because they are just as important as the actors but the ratios are usually 90/10 of crew to cast. However, when I see a familiar face, I get excited. Its like finding a diamond in a rough! 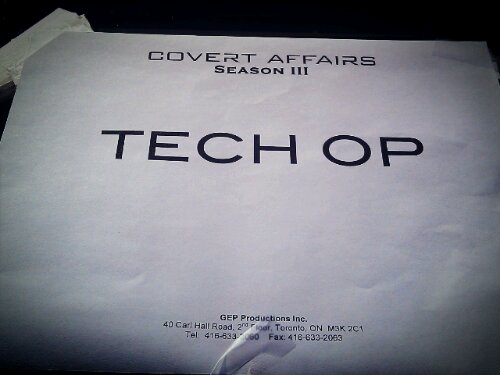 I have a short scene with Piper and if there are things to be said about lead actors/actresses, it is their work ethic and professionalism. Working on this set was a big change from XIII. From the sets, to trailers to the lunch menu (I brought home a delicious onion jelly from lunch). I was welcomed on seteven though I had a little scene, I was congratulated by the producers and director, and Piper too! She gave me a good stern handshake and we went over the lines just once before preparing to shoot.
In this TV/Film business, no one gets rehearsals, not unless its a major scene and even so, rehearsals are so few and far between. Things change, pages of dialogue get cut or added and you have to roll with the punches. I’ve had a few unexpected lines so far and thankfully my memory hasn’t failed me yet. I guess that’s the difference with theatre actors who get rehearsals in as often as they can. We’re lucky if the leads are willing to run lines because most of the time they’re trying to get into character. 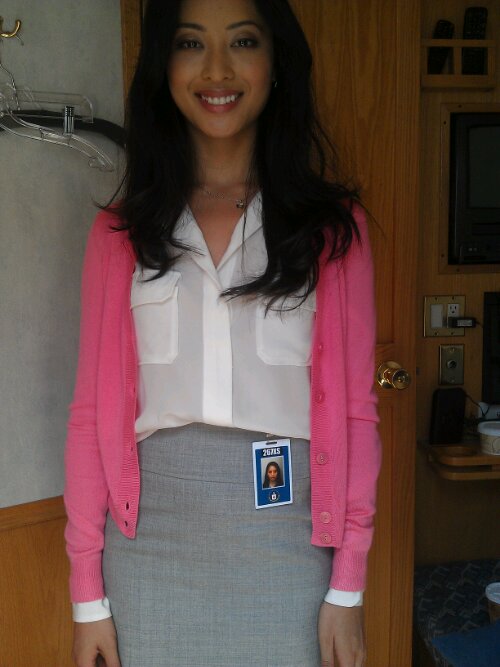 (a quick snap of my look in my trailer)
Another great project in the bag and I’m glad I got an opportunity to meet the other main cast before I left! I’ll be on Covert Affairs Episode 308. They’ve just launched season 3 on USA network in the States so hopefully the rest of the world will be airing soon!
Waiting to hear back about some really cool roles, but we’ll see what happens!