Hey ladies – ever tried hair extensions?
I never thought I would ever have a chance seeing that I’ve got pretty thick hair to begin with. But after working on one of my films, I had to chop a significant amount of hair which left me in an awkward – not quite long, not quite short length.
I tried out Global Dream Hair‘s clip-in extensions and gave it a shot. Super easy to use for a newbie like me and the 100% human hair made it so perfect to blend in and style without worrying that I was going to burn plastic hair. My package came with 10 different pieces so I could choose the number of tracks I wanted for seamless blending. Â I liked it so much that Global Dream Hair has asked me to be one of their ambassadors:

Here’s a BEFORE and AFTER shot.

Sarah Lian: East Meets West Like Never Before Asian-born Chinese Malaysian actress, model, and television personality Sarah Lian primarily grew up in Vancouver, Canada and has been named FHM Malaysiaâ€™s #1 â€œMost Wanted Womanâ€ in the magazineâ€™s Top 100 list. Multilingual Sarah has also graced the pages of other magazines including Menâ€™s Health, Stuff, New Man, and Shape and has become a premier television host and presenter in her native southeast Asia where she her gorgeous looks and talents command the attention of an audience of tens of millions of people on television and online. She has become instantly recognizable to fans of Maybellineâ€™s Simply Fabulous series, the ESPN Star Sports network, and the Shout! Awards â€“ just to name a few.
Sarah made her professional acting debut in the Vancouver Asian Canadian Theatreâ€™s popular Sex in Vancouver and earned her first U.S. acting credit in the American Pie film franchise. Sarah also worked on the pilot episode of Home and Garden Networkâ€™s Mansions series and starred in Malaysiaâ€™s spoof-comedy news program called The Gua Centre. She has crossed over to film and has had cameo and supporting roles in multiple projects. Most recently, Sarah has landed acting roles in Cybergeddon, XIII: The Series, and Covert Affairs Season 3. Sarahâ€™s modeling career has flourished with appearances to spotlight the FIFA Womenâ€™s World Cup, Cadbury, Tic Tac, Hong Leong Bank, and Celcom Euro. â€œMy cultural roots are deep in both Asia and North America. Speaking of roots, I trust my hair needs to Melrose because theyâ€™re able to meet the demanding needs I face in modeling, drama, and presenting. As a Global Brand Ambassador for Melrose HairÂ®, I will encourage other women to affirm their independence and radiate their beauty,â€ says Sarah. 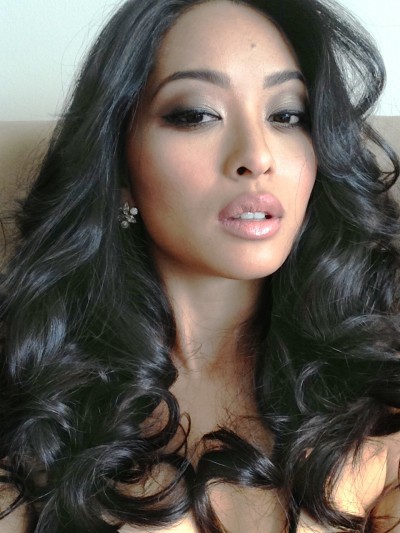 Seamless blend of my natural hair and the extensions.
I think this is great for all of those ladies who are looking to get a little bit of length without the commitment or even cheating time and using these extensions before your hair can actually grow out. I got lots of amazing comments and no one could tell that I was wearing Global Dream Hair extensions.
They come in different colours to match your locks and trust me, once you give it a shot you’ll love it!
Check out www.globaldreamhair.comÂ and order yours! They are offering FREE SHIPPING WORLDWIDE for a minimal order!