A Series of Unfortunate Events… 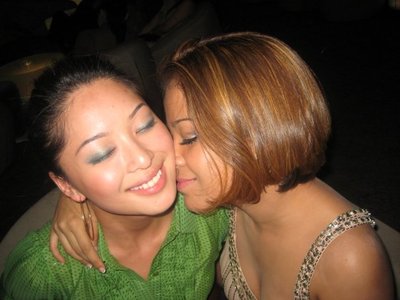 So I’ve been lazy as fuck since my last shoot on Tuesday. I had a fabulous time with my NUVO crew of course and the other peeps involved to make this show fab. I have the clips of the first couple shows and I’m uber excited to post them up. I have to wait until they give me the greenlight after the show is to be aired. Then, I’ll proceed to YOUTUBE that shiat and FB the mofo too!

So Wednesday was very interesting, after a good meeting with ma pimp, I was driving back home during rush hour when my car completely stopped.

I was in the middle of Taman Tun unable to put hazard lights or anything of that sort.

RIGHT IN THE MIDDLE OF RUSH HOUR TRAFFIC.

I didn’t want to get out cuz I was scared some mat rempit would try something.. but thankfully a good samaritan by the name of Andy mouthed the words if I needed help.. He drove his car to the side and helped me move my car to a Fire Dept driveway. After trying to jumpstart the car a few times, it was not the problem of the battery but an alternater instead. whatever that means…. so I was late for the HOT Magazine party and flustered. 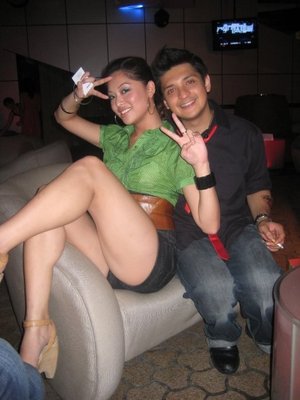 I came late and barely got to see my bff as my entrance was her exit [we have the same ride] after a few more cocktails I went off to MAMBO for some JAMBO action with my fellas. The crowd bites and I ended up doing random shots with my friend’s lil bro instead.

As for today, my internet is still down and I’ve resorted to another STARBUCKS evening for my blogging necessities. I hit the gym with more weight action than running but it was a fullbody work out! I got a facial and the chick did some serious extractions. I feel like a teenager with an acne-problem. The redness will subside and hopefully I’ll have a nice glow. I think my producer is gonna get pissed for not coming into the studio to do my VOs, but its ok. I’m making sure its ok.

Remember to vote me for FHM’s 100 Most Wanted Women and check out Ep5 and Ep6 of the Gua Centre.