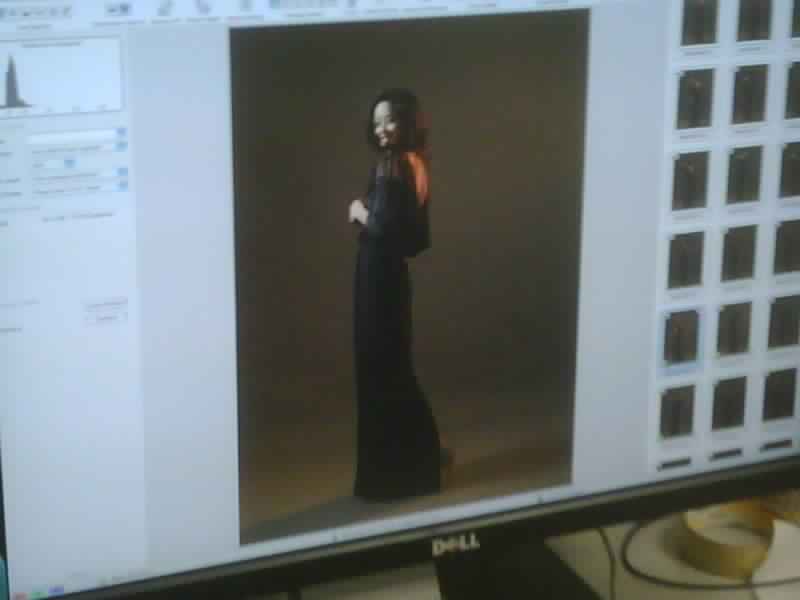 (A blurry sneak peak of my latest shoot)
WOW! Hallelujah and Amen! I’ve got to really thank God and count my lucky stars!
This’ll be a whirlwind of a week before counting down to my Halloween in HK! 🙂
(Yes, yours truly will be attending the fun-filled Dead Not Alive party, and I can’t wait) 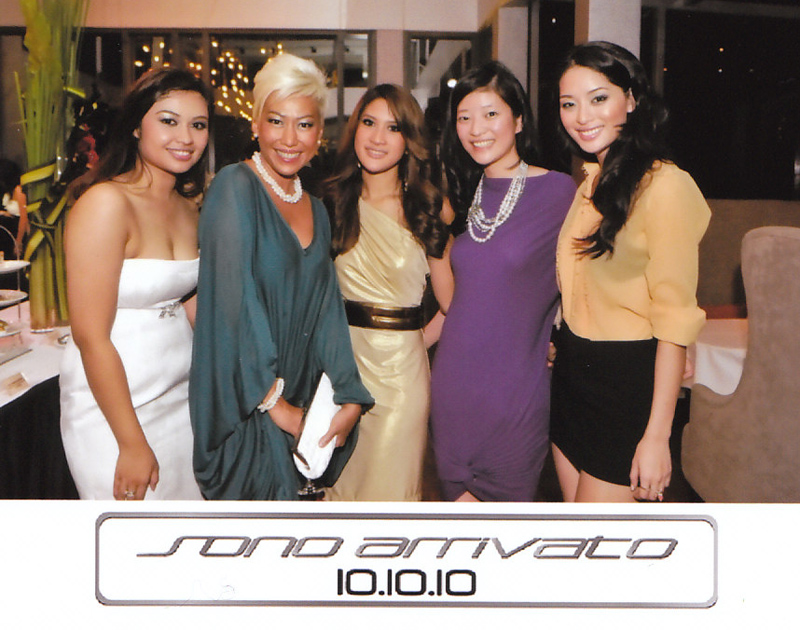 Emilia, Mama G, Jes, Carmen, me
It started with the ultra-exclusive Sono Arrivato celebration 10.10.10 on the well-decorated rooftop of G City Tower. I got to see a lot of old friends and even a kindergarten buddy I haven’t seen since I left for Canada in ’91. That’s almost 20 years of not seeing each other!!

(stolen from Niki’s blog)
Then with only 3 hours of sleep, the crazy Nike City Run I’ve been pumped up for had finally arrived. I was completely under prepared except for a few runs within the week to keep up my stamina. Then I managed to make it at the Start to run the 5km I had planned from the beginning. The experience was very interesting, most of the people there were quite young which i felt was incredibly successful on Nike’s part. I know physical exercise is not the easiest thing to do when you’re competing with social networking online, crazy video games and better programming on TV. So kudos to the Nike team for getting the young ones to race at 7am on a Sunday morning!
As for me, it took me 36.55mins to run 5km which I’d say is decent. Its not bad, but I know it certainly isn’t fabulous. I was told the fastest time was 18mins for the same run which I think is soooooooo insane!
NOTE: I also saw Kenyans (they really are at every race aren’t they!!!)
This week I have a couple photoshoots for diff magazine features in the next couple of months!! Plus a big media launch with Shu Uemura at the end of the week.Â I also confirmed a massive job opportunity next month, will have to blog about it once i’ve got the greenlight to Shout it out!
Shoot -shoot, work-work, events-events!
I’ll be celebratory mode come the weekend as I’ll be attending a couple weddings. Gawd, I hope I have the energy for it all!
But most of all, I’m super thankful for all the amazing and wonderful encouraging support from all my friends, new and old who are rooting me on!! 🙂