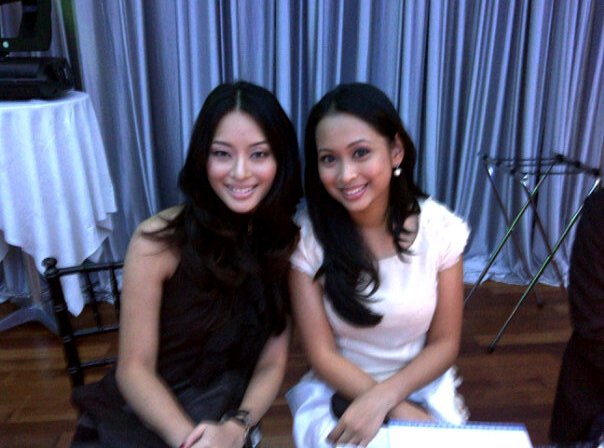 (w T as her plus one last night)
Aside from the surprising news that most people received (if they read The Star’s online buzz-site Daily Chilli article ) about me relocating to Canada, I’ve been neglecting my blog because I’m also going to be relocating my blog/website/gallery to a NEEEEEEEEEEEW location. Its not a far stretch but I’ve been working on it days on end.
B found a really great template for me to work with and I’ve been coding ever since. Its been a couple weeks of endless tweaking and categorizing and organizing but i’m definitely happy with it. It’s only the beginning of the second month in 2011 (or the eve of the new Year of the Rabbit) and I’m already feeling a huge sense of accomplishment.
I know I already listed my achievements in December but I guess after compiling my projects, press coverage and even editorial images its so unbelievable how much I have accomplished in less than 3 years in Asia. I’ve hit so many milestones within a year or two of my career and already hosted/attended events that were monumental. Every aspect of my career has always been over-analyzed, strategized and implemented, there’s always a goal and a result that has to be reached. Although I try to stop and smell the roses, i’m always thinking, “No Time, Not Today”.
But for a second (more like the 10 hours it took me to re-organize and code the page), i took a look at my “Press” page full of covers/features of coverage in my career and my journey and I just thought to myself, WOW. It’s not so much as the sheer amount (bc truth be told, its probably nothing compared to others) but the path that my career has taken.
Maybe today, I’m gonna give myself a lil pat on the back and thank everyone again for always keeping me on the top of their minds, introducing me, mentioning me, proposing me and especially hiring me. I’m really lucky with the team of people who are always there supporting me and pushing me through.
Anyways, I’ll be launching my website for Chinese New Year to signify the start of yet another crazy decision of mine. I’m crossing my fingers that I’ll be able to work again in the Toronto market. I’m slightly optimistic but feeling a lot of pressure too because of the momentum I’ve been building in Malaysia and now facing the opportunity cost of leaving this market on a high note to get back with the thousands of fish swimming in the bigger pond. Thanks again to everyone who’s been supporting me, I just hope you’ll be able to cheer me on in Malaysia when I try to keep going back in Canada.
Its getting late and the late nights are really taking a toll. Do watch this space as I’ll have a cool brand new website- (entirely designed by me) to be launched in just a few days!