Even though I’m only back in KL for a holiday, I did manage to sort out a bit of work and have some fun at the same time. Ezra and I were joking about me coming on to do a couple fun things at POPTEEVEE’s That Effing Show. I have been a fan and a few of their episodes are absolutely hilarious -namely the International Man of Mystery. 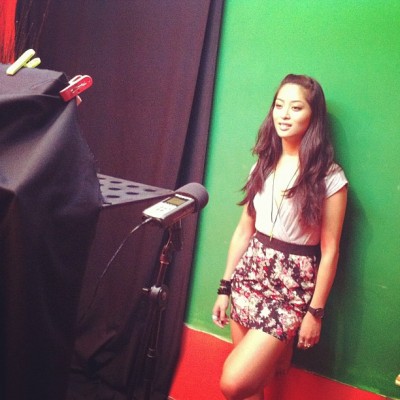 I also had the opportunity to interview POPTEEVEE while my show Astro Hitz Radar was on air earlier this year, so its gone full circle and now I’ve got a little cameo on their DIY show. Had a blast and got a free ice cream out of it too!
Check it out!

That Effing Show: Episode #65 That Hudud That You Do