I was on set last week as I booked a role on a documentary drama titled Cold Blood. In its 4th season, the show combines the thrill of a mystery with the visceral experience of true crime drama, Cold Blood returns to the crime scene so you can examine all the evidence for yourself. Each episode presents competing versions of what may have happened and re-enacts events from different perspectives. 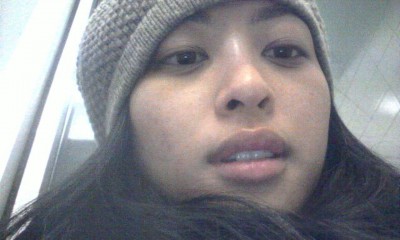 (7am call time, bracing the last chill of winter)
I’ll be featured on episode about aÂ PhiladelphiaÂ serial rapist. As you can imagine, the audition was quite intense and the shoot was no different. Â I played one of two victims featured in this episode and it still gives me the creeps thinking that this actually happened to someone.Â We shot in Hamilton, ON about an hour away from Toronto and our location was this beautiful Cotton Factory built circa 1900. The wooden beams and sheer size of this set was simply amazing.
I’m not about to divulge much about the episode but rather talk about sexual violence against women. It is such a sad and disgusting act against women. The scars that are left are invisible. The feeling of being violated emotionally, sexually and mentally can and will do enough damage to last a lifetime. In one of my acting classes, we discussed the nature of this topic (cuz one of the girls had a similar audition) and it was such a heavy subject that left a few in tears.
Sometimes as actors we live through the lives of other people, whether they are real or fictional, our aim is to become them. If there’s one thing that I’ve taken from one of my classes, is that you never judge a character, even if its not yourself, you always find yourself in their moments. That’s when the acting becomes real. My heart goes out to the victims and I’m glad the attacker was sent to jail for the crimes committed. Its sad knowing that sometimes these guys don’t get caught.

Finally we Do it, Duit