I’ve been working on spy series XIII – Season 2 and the entire experience has been such a blessing. After wrapping up work for my character, it’ll be a good few weeks that I would’ve spent working with an amazing crew and very talented actors/actresses.
Here are a couple photos that I snapped up last week: 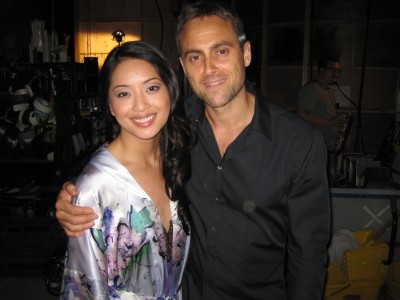 Working with Stuart is a dream, we’re usually making lots of jokes between takes and acting goofy. But the best part is that I get to sink my teeth in an amazing role and get lots of experience with a veteran. 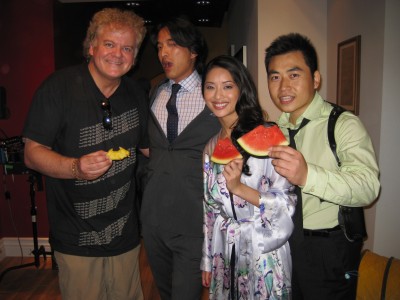 With the director David, fellow actor Jack and Bailey taking a little breather and enjoying watermelons.
I’d love to talk about it more especially since I’ve been consumed by this show in the past month but its better to wait until my episodes are released. The work I get to do and bring on set each time is absolutely wonderful. When its done I’ll def be sad but hopefully there will be another project to work with that’ll be just around the corner.
So far the first season of XIII has been released in Canada and France, the series is now on air in USA on Reelz Network. This show is gonna pop off and I’m so happy to be part of it!
Sorry I’ve been so quiet on here, but I promise all is well! 🙂