Ta-da! I’m in a double H sandwich, slapped inbetween Hafiz and Henry. Among ourselves, we started calling it the SHH Awards as though it was an acronym for our names. (But that was incredibly lame, so i shouldn’t really be sharing this sad joke.) 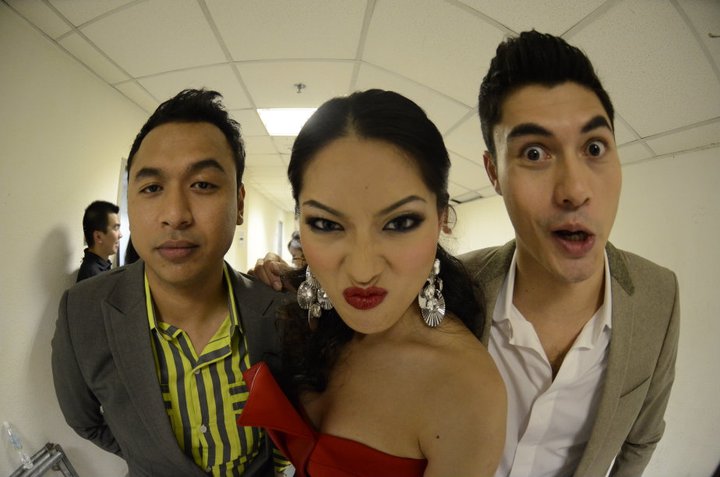 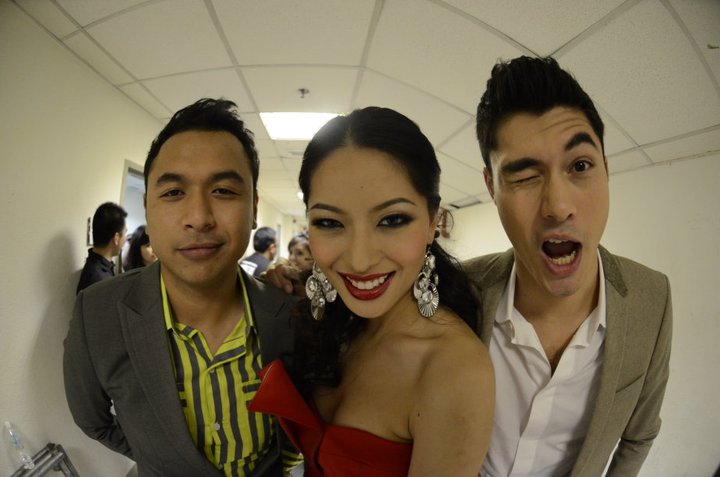 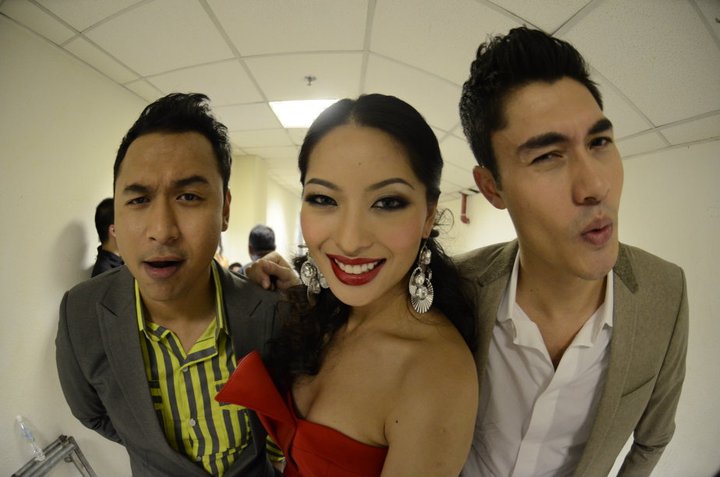 The awesome photographer of the Shout! Awards snapped these wide-angled shots which clearly show our wacky personalities. Three of us got along really well and even though I was trying to get them to pay attention most of the time, they also made me look good too. It was a great experience hosting with these two fellas who are awesome in their own ways.Â  Can I get a JJJYEAAHHH!! 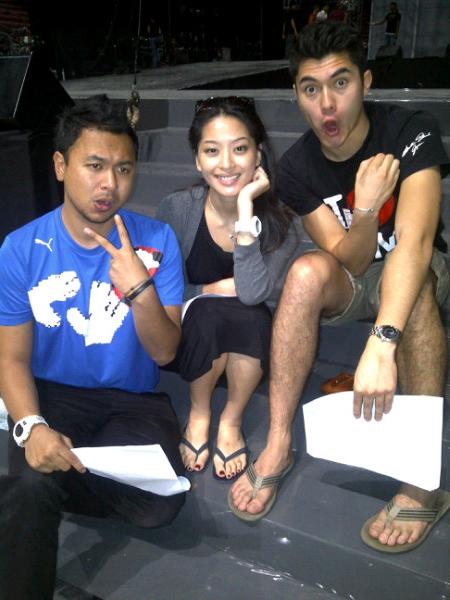 We sat through rehearsals and crazy nonsense, chatting about everything under the sun. The funny parts was when the boys were trying to fight each other to introduce the hot lady presenters. At the end, Hafiz got to introduce them and Henry ended up getting the Hot Guy Award anyways. SO it was a win-win for everyone. 🙂 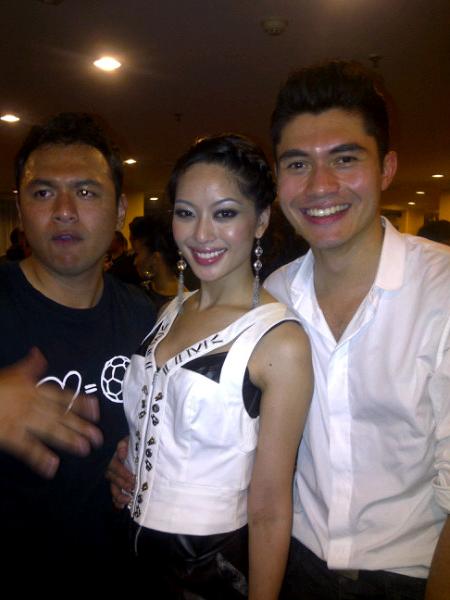 I couldn’t have done the show without both of them and it was an amazing opportunity to be asked to host such a great show for Malaysia. Thanks again to 8TV (Izham, Sunil and Alet) for the nod of approval and the rest of the 8TV production team who’ve always been behind me and supportive throughÂ  each step of my career.
Big thank you to my manager Su for helping me out, Calvin my stylist, Ling @ Shu Uemura my make-up artist and the image dept for putting up with my massive diva attitude backstage. hehehehe
Also, I wore 5 outfits that night and proudly, all were from our young Malaysian Designers: Jasmi Rejab, CHOW, Brian Khoo, Seethrough Boutique. So thank you again for helping me look the part of the host.
Would I do it again? Definitely, in a heartbeat! Nothing’s better than awarding Malaysia’s greatest in TV, Film, Radio n Music! (Plus I’m a huge YUNA fan too!!!)
If you guys want to check out what the fuss was about, check out www.shoutawards.com.my
The program was live on TV, Radio and online; that meant friends from all around the world were watching, including B in Seoul!! 🙂