It already feels like its a loaded blog and one I haven’t even started writing yet. I recently watched a video about Ellen’s JC Penney controversy with One Million Moms and it just disappointed me. I think what made it worse was that they were using the name Christianity for their own agenda. 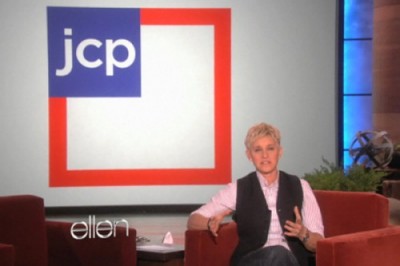 I’m glad that JC Penney stood strong and supported Ellen as their spokesmodel. It is true, Ellen is an amazing role model and spokesperson. Her personality and enigmatic spirit goes beyond her sexual orientation. She loves life the same way regardless if she goes home to a man or a woman (Portia is a pretty fine woman too!). Who is to say that she should be denied equality or denied an endorsement because she is different in that aspect. She has built a successful career and deserves it!
After watching her response, I clicked to another Youtube Link by The Peaceful ChristianÂ Â and I listened to his take on the Gay + Christianity issue and I think he spoke more truth about the bible than any other politician or conservative christian group I’ve ever heard (regarding this issue). He mentioned that homosexuality in the bible is a sin. But it is no greater sin than all the other sins listed in the Holy Book either!
There’s a lot I took from the small response and it reminds me of the fundamental Christian principle. We are all sinners. As it says in John 8:7,Â â€œIf any one of you is without sin, let him be the first to throw a stone at her.â€ I don’t know why they are so eager to condemn Ellen or any homosexual being for that matter. Who are you to judge? Who are you to say that you can play God and decide how other people should live their lives. Are you without sin to cast this stone? 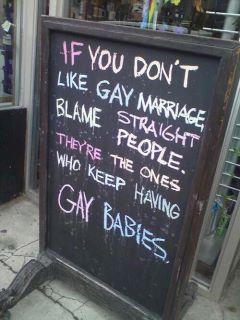 And more so, even though I believe that marriage is between a man and a woman but I don’t believe in denying other people the right to same-sex marriage. Its like telling Christians around the world (ahem Malaysia) that they cannot use the word Allah because its a special word kept for Muslims.

What are we, children?

It’s ludicrous, just as ludicrous as marriage seen as a privilege that encourages societal good – according to Republican Rick Santorum.Â I don’t think gay marriages would hurt the world, nor would it spread like a disease. Just because I know you’re gay doesn’t mean I want to be gay.Â I don’t think that preventing the use of the word gay, or hiding the fact that they exist is going to encourage the spread of “gayness” that’s ridiculous. Sexual orientation is not a trend people (well maybe during college, hahhaha jj)!
Although I was not exposed to the LGBT community until high school, I got the full-blown scope once I started fashion school and later a career in entertainment. Of course their personalities are a little more flamboyant or not but it was their character that defined who they were, not their sexual orientation. As it was reiterated in the PeacefulChristian video, perhaps these Christian fundamental groups should stop hijacking our religion to promote an idea that not all of us Christians agree with. Or even denying:Check out Bill Maher’s commentary on Christian hypocrisy. I think these One Million Moms should consider other sins that they have on their hands: idolatry aka Justin Beiber fanatics, gluttony aka killing your children with unhealthy food, greed aka credit card debt and materialistic wealth.
Lastly, I truly believe that faith should not be policed or governed by laws. Faith is about your personal relationship with your God , Allah, Yahweh, Guru , you get the idea. No doubt you will be tempted by the world’s vices but it is up to you and your own decisions to live a good, right path. To love people and to treat them as how you want to be treated. I make an attempt to love all people despite race, religion and sexual orientation. I am a proud Christian, I don’t go to church as often as I should but my journey with God isn’t defined by rules set in place by other people. Last but not least, One Million Moms, I wish your children good luck. 😉