My agent told me I booked a job without auditioning, HUGE SCORE! I wasn’t sure what to expect until the details of the shoot were forwarded to my email. Although it said, Tourism Ontario TVC for Niagara Falls encouraging couples to have a Little Romance, I read: The Bachelor: Overnight Date. I was anxiously waiting for Host Chris Harrison to show up and then tell me that there was only one rose left – but no Chris Harrison to be found. 🙁

We started off with a Helicopter scene and I totally didn’t whip out my camera until later on in the shoot so unfortunately the money shot was missed. We had a little switcheroo with my “Bachelor” and after 5hrs, Bachelor Aaron joined us at Niagara Falls and we started the shoot there. I admit I was a little nervous because it’s like meeting a blind date and having to spend days with them hoping that they don’t try anything funny! Aaron was completely professional throughout the whole shoot and we ended up having a blast!
I did manage to capture the beautiful Oban Inn where we spent a couple nights at. Utterly stunning and beautiful. The staff were incredible hospitable and friendly. The food was delicious and the decor was wonderful. If there’s a recommendation for Niagara on the Lake, I’d definitely suggest Oban Inn. 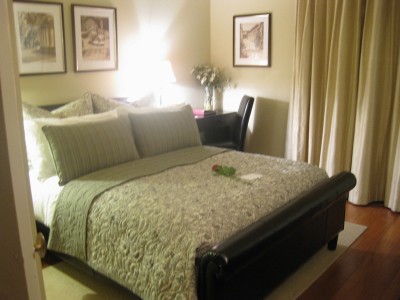 Here’s my little room, comfortable, clean and chic…. and what do I see??? A long-stem rose telling me that I’ve been selected on this overnight date. What? By this time I had already met Bachelor Aaron – we have already held hands and twirled around in the twilight sky. 🙂 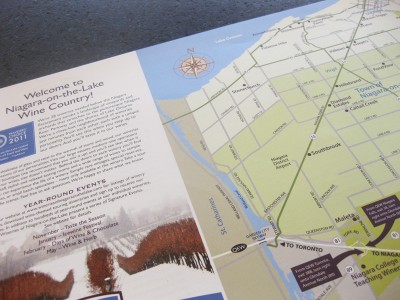 Next morning, we would spend a bit more time at Wine Country. 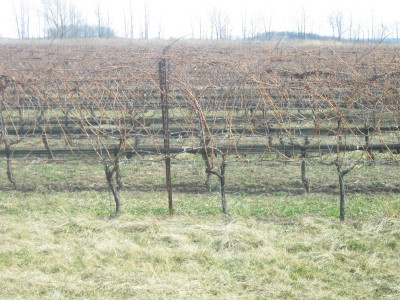 A little glimpse of the Southbrook vineyards, our first stop. 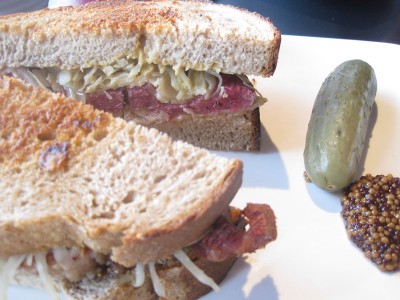 We had a wonderful lunch at Rest – Stone Road Grille’s more casual dining restaurant. Take a look at my Reuben Sandwich – delicious corned beef, sandwiched between Sourdough Rye bread. I was really lucky with this production team as they treated all of us to wonderful restaurants each step of the way! 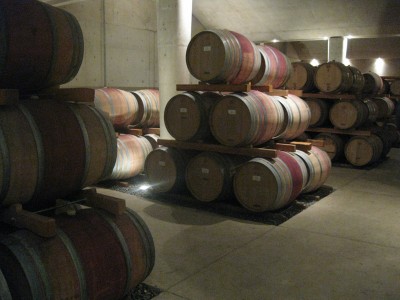 After lunch, we shot at the Barrel Room at Jackson-Triggs. Wow, talk about the smell of oak and sheer size of the room! Aaron and I also got Â a Wine Tasting session too! 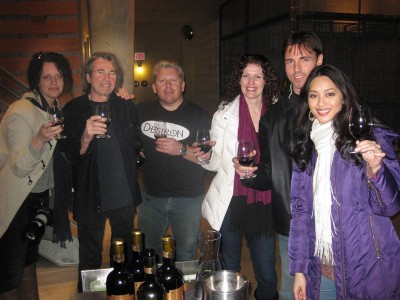 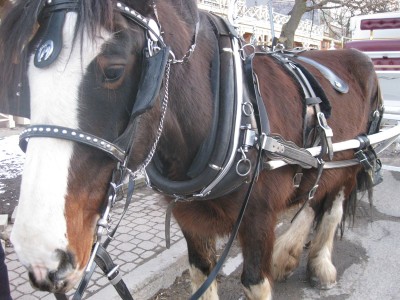 We were doing a little pre-planning for the uber romantic horse carriage scene later on, so we said hello to Annie our horse who would be taking us around. 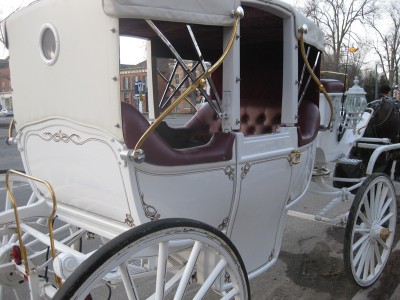 Check out this super cool carriage, makes me feel like Cinderella – Bippaty bopaty boo – I think that’s what the Fairy Godmother said. Whatevs. Aaron got it! 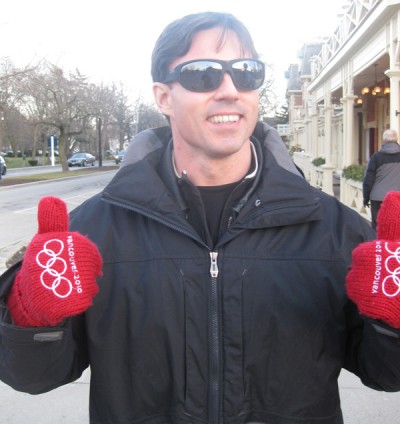 Luckily I had an extra pair of mitts in my bag and those kept him quite warm as the temperatures were dropping as the night went on. We had a lovely time on the horse carriage with fake snow timed with one of those cliche kisses! After we got the shot, we could finally enjoy another wonderful evening! 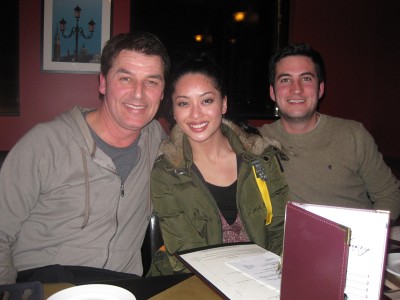 Sitting with Ed and Nick at The Old Winery – Â another great restaurant with fire-oven pizza. 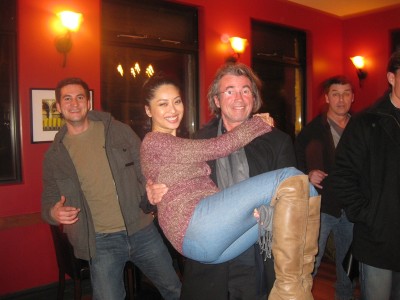 Although I haven’t tried this with many directors, but working with Henry made the shoot too easy. I couldn’t believe that I was working half the time! 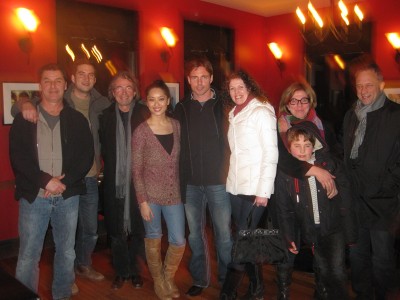 A group shot of the team plus some (missing Ryan who was doing time lapses).
After the long 15-16hr shoot, we’d be up again chasing the sunrise next morning. But oh, what a day!